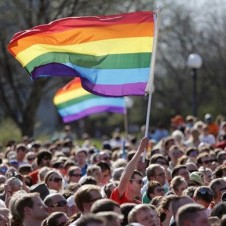 Moments ago, the U.S. Court of Appeals for the Sixth Circuit ruled that bans on the freedom to marry for same-sex couples in four states — including our Tennessee case — do not violate the U.S. Constitution.

Since the U.S. Supreme Court struck down the Defense of Marriage Act last year, we have experienced a sea change in the freedom to marry, with nearly 40 court victories across the country in favor of marriage equality.

While today’s decision hurts loving couples and families in Tennessee, Kentucky, Michigan, and Ohio, this case isn’t over, and we know the tide is turning. We know — one day soon — every person across the country will be able to marry the person they love.

We will not rest until this decision is overturned and until no matter where you live, you have the freedom to marry the person you love. But we can’t do it without you.

We need you to stand with us. Will you join us in the fight for equality and justice by donating today?

Make a donation at NCLRights.org.