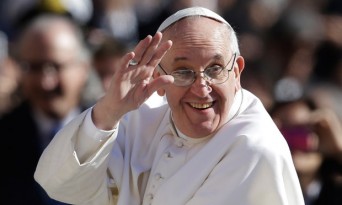 LGBT Catholics have welcomed Pope Francis’ comments that the church has grown “obsessed” with same-sex marriage, abortion and contraception. “Pope Francis’ words and example have opened up new opportunities for the Catholic Church to welcome and dialogue with LGBT people,” Francis DeBernardo, executive director of New Ways Ministry in Mount Rainier, Md., said. “His words will give courage and hope to thousands of pastoral ministers and Catholic faithful who have been doing this work for many decades, but who have often received penalties and discouragements from church leaders who did not share this pope’s broad vision.”

Others were skeptical. “He says not to interfere with the lives of gays, but in the countries where lawmakers are debating laws of equality, the Catholic hierarchy lobbies ferociously to ensure that these laws don’t advance (the same pope played a part of this in Argentina,)” Lesbian, Gay, Bisexual and Trans Federation of Argentina President Esteban Paulón told the Blade on Friday. “This leads us to ask ourselves who is the Pope? Is he the same Bergoglio of the holy war and demonic plan (about marriage equality) or the ‘compassionate’ Francis toward gays.”