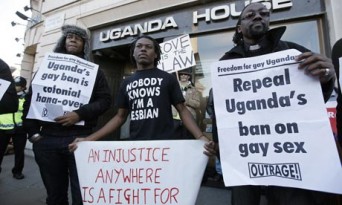 U.S. President Barack Obama made an official statement on Sunday, Feb. 16, following the passage of Uganda’s Anti-Homosexuality Bill. It is below in its entirety.

“As a country and a people, the United States has consistently stood for the protection of fundamental freedoms and universal human rights. We believe that people everywhere should be treated equally, with dignity and respect, and that they should have the opportunity to reach their fullest potential, no matter who they are or whom they love.

Read the rest of President Obama’s statement at TheSeattleLesbian.com