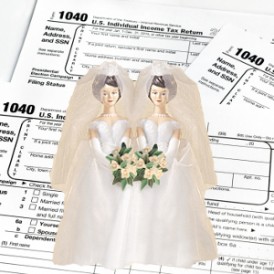 The Internal Revenue Service (IRS) released a new YouTube video designed to provide useful tax tips to married same-sex couples. While it may look like it’s something the 80s left behind and doesn’t want back, could this new tool actually be useful?

According to the news release we received from the White House Office of Communications, the video is the latest addition to an online library featuring short IRS instructional videos covering more than 100 topics ranging from tips for victims of identity theft to taking advantage of the new simplified home office deduction. These videos have been viewed more than seven million times.