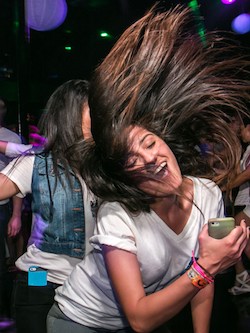 Next week a wave of women will hit the shores of Seaside, Ore. for the first-ever EDEN Pacific Northwest.

Guest of EDEN PNW will enjoy a comedy show, dance parties and outdoor activities throughout the weekend October 3 – 6, 2013.

“Let’s rock the beach and enjoy being together for four wonderful days!” says Gabriela “Gabe” Kandziora, co-producer of EDEN PNW and partnership and business development of PQ Monthly.

The producers of the inaugural EDEN PNW have planned a smashing lineup of the Pacific Northwest’s female comedians, musicians and DJs spinning at two parties for the new four-day women’s weekend.

“The local vibe of our music fest is exciting. We’re introducing our guests to artists from Seattle, Portland and San Francisco – all sister cities and all full of incredible talent,” says Sarah.

Gabe agrees, excited about the diversity of the music and comedian lineup representing the flavor and talent of the Pacific Northwest throughout the weekend.

“Eden PNW’s musical lineup is fantastic!” says Gabe. “We are gonna have a blast!”

“EDEN loves bringing together diversity in our entertainment lineup,” says Christine. “We are very proud to be working with these world class entertainers and making sure that we stay true to our mission, diversity and amazing entertainment.”

Pacific Northwest favorites comedians Belinda Carroll, Lisa Koch and Sandra Valls will get the women laughing and in the mood for dancing with the premiere of new material in their musical comedy routines Friday night, at 7 p.m., October 4 before the Beach Bonfire. 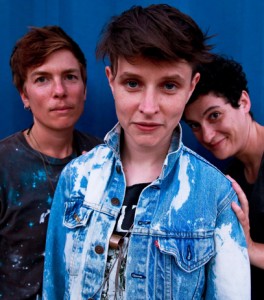 Portland’s Lovers will rock the beach along with Oakland’s Aima the Dreamer and Seattle’s Ms. Briq House on Saturday night at 7 p.m., October 5, before the EDEN Dance Party with DJs Fusion and Mr. Charming starting at 9 p.m. after the concert.

The Lovers will perform many of their latest songs from their new album, “Friend in the World

DJs Fusion and Mr. Charming are excited about getting the girls up and grooving on the dance floor while emcee RaMona Webb keeps the audiences pumped up and excited.

“Everyone in the house should hear a song they love, or a song they forgot they loved, but haven’t heard in awhile,” says DJ Fusion about the musical trip she has planned for the women. “Expect to sing along to those songs, and stay on the dance floor!”

DJ Mr. Charming plans to get things steamy on the dance floor.

“I hope to help create a sexy dance party for all the women at EDEN PNW, and to keep them dancing and flirting all night long!” adds DJ Mr. Charming.

“With acts like these, the tickets won’t last,” says Sarah Toce, co-producer of EDEN PNW and founder and publisher of The Seattle Lesbian.

The EDEN PNW producers, the Pacific Northwest’s preeminent queer publications that have a following of a combined estimated 320,000 readers monthly reached out to EPE, San Francisco Bay Area’s preeminent women’s entertainment and lifestyle company, that attract upward of an estimated 15,000 women and their friends throughout the summer to mostly queer women events during Pride throughout the Bay Area. The same EPE team also produces fiveTEN Oakland Events.

“EDEN puts on amazing events and their experience is invaluable,” says Gabe, who was familiar with EPE and thrilled to partner with EPE.

“EDEN Pride Events, as well as myself, were so honored to be approached by PQ Monthly to produce this event and are looking forward to a long partnership with both The Seattle Lesbian and PQ Monthly,” says Christine.

The women were all seeking an untapped, but familiar destination filled with charm, but it wasn’t until they accidentally met through Girls That Roam, that they all came together to produce EDEN PNW.

“I am thrilled to be a part of it,” adds Sarah. “Whenever there is a positive way for women to work together to create something truly special, I’m in!” 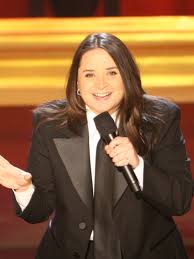 The entertainers who have worked with EDEN couldn’t agree more.

“Eden events always have the best audiences who just want to laugh and have fun!” says Sandra.

Belinda, a Portland native, who has performed at other EPE events, couldn’t agree more with Sandra.

“The energy of the women and the great talent involved with the event make it spectacular!” says Belinda, who’s excited about EDEN PNW. “[It’s] just such a feel good, wonderful time,” she says.

The entertainers who haven’t been to Seaside are just as excited about EDEN PNW as those who are familiar with the destination and the girls putting on the event. Seaside, a historic resort on the northern Oregon Coast, has long been a vacation destination for families and lesbians.

“I’ve spent lots of time on the Oregon coast, but never with so many amazing women!” says DJ Mr. Charming, who is a staple in Portland’s music scene spinning at Gaycation for eight years.

Unlike Provincetown, Mass. and Key West, Fla., which have established weeklong queer women festivals, the Pacific Coast hasn’t ever established its own beachside getaway until now.

There are other locally produced women’s music festivals in the Pacific Northwest – the Out/Loud: Queer Women’s Music Festival and Siren Nation Festival, but they are all far away from the shores of the beautiful Oregon Coast.

“Personally, I am looking forward to experiencing the quaint town of Seaside as a vacation getaway,” says Christine, pointing out that the group is starting out small, but has “big plans to make this a full week of events for women and our friends over the course of the next five years, our very own West Coast Provincetown.”

And why not? Seaside was selected because lesbians have been escaping to the beach town for years; say Gabe and Sarah, who have both escaped their busy lives in Portland and Seattle to the charms of the welcoming beach town.

“Seaside is welcoming to the LGBT community and our straight allies,” says Sarah.

Seaside has embraced EDEN PNW as much as queer women have fallen in love with the coastal town, which is also near charming Cannon Beach and Gearhart, 10 minutes to art and golf. Astoria, a more urban town at the mouth of the Columbia River where Lewis and Clark ended their expedition led by Sacajawea, is only 30-minutes away. 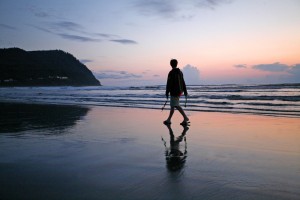 The EDEN PNW team has received a warm welcome from Seaside.

“We’re thrilled to have a first-time group like EDEN Pacific Northwest coming to Seaside,” says Jon Rahl, director of tourism and marketing of the Seaside Visitors Bureau, about why Seaside has been a popular resort destination for more than 100 years. “Seaside is truly more than just a day at the beach and we are excited to have you find out why!”

Karen Monroe, director of sales of the Shilo Inn Suites Oceanfront Hotel Seaside, EDEN PNW’s host hotel agrees adding, “Seaside has always been a great place to hold large fun events as well as a great place for families, couples, and friends to meet up.

“We are happy that EDEN PNW has chosen Seaside, Oregon and Shilo to be that place,” continues Karen.

“The Oregon Coast can be sublime during this time … warm, mellow and calm,” says Gabe. “It is a great town with lots to do and see … and a beautiful beach.”

“Seaside offers both a relaxing getaway and nightlife options for all different types of people,” adds Sarah.

Seaside is walkable, making it easy to ditch the car and get outside to take a walk along the Prom, the Promenade; or enjoy the amusement rides, arcade and local art galleries, boutiques, bars and restaurants, not to mention the amazing events EDEN PNW has planned. 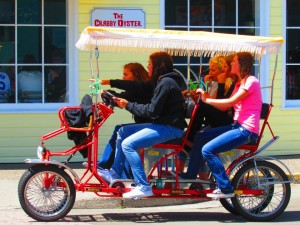 It’s a relaxing getaway, a variety of outdoor and other activities for various individuals’ interest from clamming, cycling, hiking, golf, motorcycling, and surfing to art, boardwalk amusement, microbrewery and wine tasting, shopping, spas and nightlife.

“Where else can you ride a Harley one minute and play arcade games and eat salt water taffy the next?” asks Sarah. “Add to that dance parties overlooking the water and bonfires in the sand and you’ve got the perfect destination location.”

The women of EDEN PNW are planning an all-girl weekend getaway unlike any other.

“EDEN Pacific Northwest is unlike any other women’s weekend,” says Sarah. “In our first year alone, we are offering bonfire gatherings on the beach, dance parties with celesbians we all know and love, clam digging, sightseeing excursions, and more. This event is completely outside of the box and all three partners are excited to share it with everyone.”

The women hope that EDEN Pacific Northwest will become a destination for women from around the world to discover the beautiful Oregon coast.

Reserve your room at the Shilo Inn Seaside Oceanfront today to get the special discounted rate for EDEN Pacific Northwest, by calling 503-738-9571. Use the guest code: EDEN PNW.

This article originally appeared on GirlsThatRoam.com

Full Disclosure: Heather Cassell is the marketing and sponsorship director of EDEN Pride Events, one of the producers of EDEN Pacific Northwest.