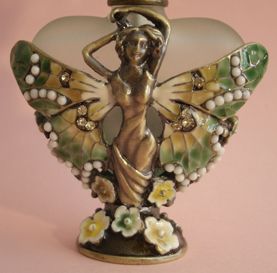 Cartoonist/writer Alison Bechdel is well-known in the lesbian community for her long-running comic strip “Dykes to Watch out For.” In 1985, she put forth a theme in her cartoon (attributed to her friend, Liz Wallace), an objective evaluation of whether a movie was worth watching based upon three criteria: 1) the movie had to have at least two women in it, 2) they had to speak to one another, and 3) they had to discuss something other than a man. This simple benchmark became known as the “Bechdel Test” and it recently hit the news in Sweden.

Here in the states, Sweden has the reputation of being forward thinking. Nonetheless, I was quite surprised to read they recently instituted the Bechdel Test for their movie ratings. Apparently, the Swedish powers-that-be feel their movie-goers should be informed as to the presence, or lack, of gender bias.

Movie-goers have plenty of resources available to them to decide on which films they would like to see. Advertising is a good clue as to whether the production is a chick-flick, an action-adventure, rom-com, or simply an excuse to watch things being blown up. Movie stars carry films that would otherwise go straight to DVD, and promotions lend visibility to select features. Yet the presence of star power, previews, reviews, ratings, and such, isn’t enough. So why, I wondered, did the Swedes feel the need to adopt the Bechdel Test?

Part of my “why,” is related to the limitations inherent in the Test. Certainly a failing grade signals viewers they would be watching a male-dominated film, but what does a passing grade mean? The Test is not strong enough to reveal a female-centric film, nor one that identifies male/female equality. The fact remains, though, that the Bechdel Test is the only measure I am aware of that addresses these issues. That we even have this test shows how lagging the film industry remains, especially when you consider Bechdel brought forth her ideas almost thirty years ago. Can you imagine the corollary – a test to determine male participation? Ha!

Here in America, there is room for improvement in our ratings system. I could easily rant about what I feel is inappropriate, for example, gratuitous violence being treated as nothing out of the ordinary and no worse than exposure to the “F” word. Grrr! This is separate from the grating realization that for the most part, women in films are still relegated to supporting roles or pretty faces for the benefit of male leads. 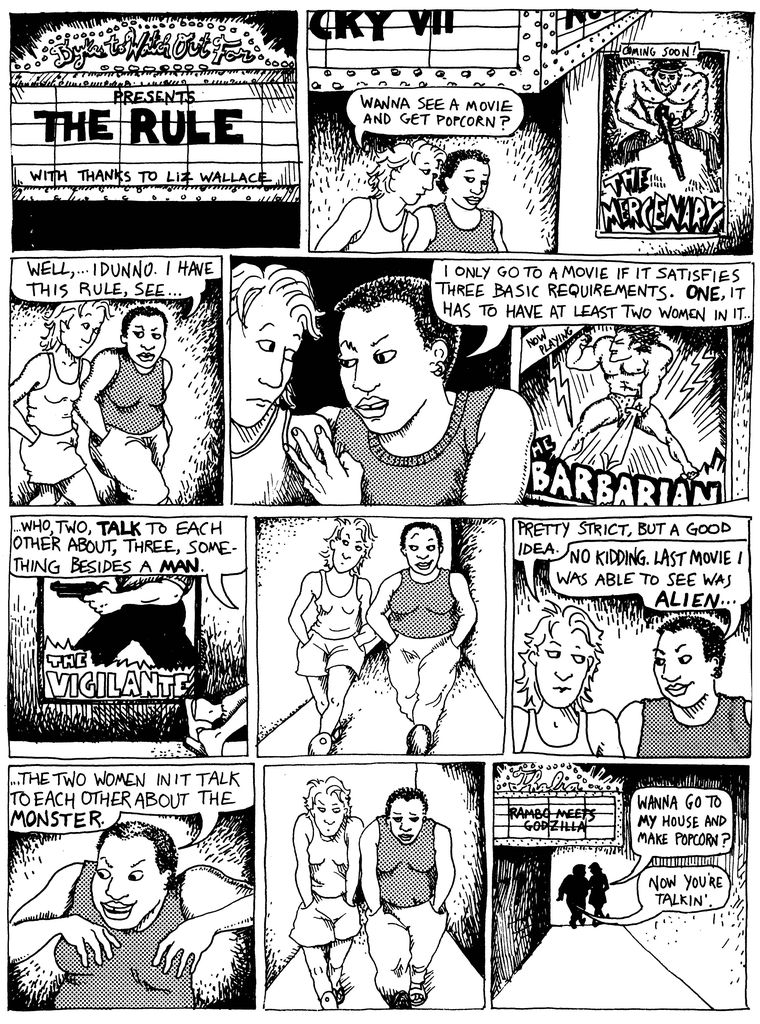 The Bechdel Test in action.

Recently, I watched “The Hunger Games,” a movie most folks would consider mainstream, and one that in my opinion passes the Bechdel Test. However, after doing a little research, I found that not everyone agrees with this assessment. This brings us back to the issue of definition, and though the Test seems plainly stated, its interpretation remains open.

My guess is that if Bechdel were to update her test, which has also been applied to other media, she would put more teeth into it to make it more definitive. How much meaningful dialogue do the main characters speak? Which actors show character strength? Criminal mindsets? Sexual behavior? Is there redemption for personal failings? Parsing out the important elements and putting them in a ratings system may be too much to ask, especially since it’s all subjective anyway.

Do you want to know how your female actresses are being portrayed vis-à-vis their male counterparts before you see a film? As long as the old formulas continue to work for the film studios, they will continue to produce more of the same. Whether you continue to pay to see these films, thus supporting them, is up to you. And let’s face it, lesbian films don’t need the Bechdel Test. Me? I quit going to the movies years ago, and instead watch select features on Netflix where the person sitting next to me isn’t texting. But that’s another rant for another day.

One last word. Bechdel is also an accomplished writer of graphic novels. I thoroughly enjoyed her poignant memoir, “Fun Home,” and plan to pick up her latest, “Are You My Mother.”

Zoe Amos brings her lesbian point of view to articles and stories on diverse topics. Connect with her on Facebook and Twitter. “Superior” a novella, is now available on Amazon. Read her short stories on Kindle and Nook. Check out her other life at: www.janetfwilliams.com.

One Response to “From A to Zoe: Passing the Bechdel Test”