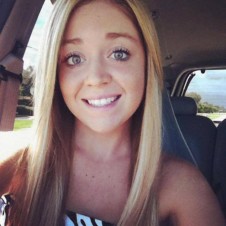 
A Florida family says their 18-year-old daughter was charged with a felony and expelled from high school as a result of a consensual, same-sex relationship with another student. Kaitlyn Hunt started dating a female classmate at the beginning of the school year when she was 17 and the girl she was dating was about three years younger. Shortly after Kaitlyn turned 18, she was arrested on felony charges at the behest of her girlfriend’s parents, charged with “sexual battery on a person 12-16 years old.” Kaitlyn’s mother believes the charges were motivated by anti-gay animus.

Her girlfriends’s parents appealed to the school board and had her expelled from Sebastian River High School. Kaitlyn’s mom reports that the State Attorney, Brian Workman, has offered Kaitlyn a plea deal “of two years house arrest and one year probation.” The family has started a petition calling on the state attorney to drop the charges against Kaitlyn.