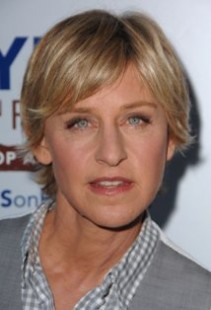 Being America’s favorite lesbian-next-door is good business. A new cover story in The Hollywood Reporter traces Ellen DeGeneres’ rise from the rubble of her coming out to having the highest-earning show in daytime television today. Her expanding empire of her daytime talk show, production company, film projects, book deals, record label and product endorsements earn her an estimated $50 million year.