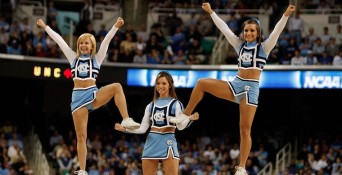 What high school sophomore isn’t riddled with plenty of self-doubt and introspective moments, right? Like most awkward teens of around that age, I worried about my grades, my weight and my future. I developed an eating disorder, second-guessed everything and did the best I could with the tools that I had. I learned a lot that year — the basics of biology, a bit of advanced Algebra and that some people are going to make flash judgments without a fuck given.

My mother smoked pot as long as I can remember. I didn’t like being around it, but I didn’t resent it like I did her cocaine addiction or her use of the word piss. Sometime during my tenth-grade year she decided to grow a private stash right there in our apartment. She occasionally placed her plant in various windows in order to catch the sun. At some point, one of the neighbors must have called the police, resulting in an in-person visit from the local sheriff himself.

He walked in like he owned the place, gave me a stern look and asked where my bedroom was. It appeared that he had already decided I was the culprit since I was the teenager. He climbed the stairs to my room, checked the windowsills and my closet. He poked around my bed and dresser drawers finding nothing of interest. I was frustrated by his prejudgment.

After taking a look around my room twice, flashing me that look again and exchanging words with my mother, he was on his way. If he had for a moment considered the possibility that my mother was the grower, he may have searched additional rooms; such as, the nearby bathroom where he would have seen a plant, stretched tall in the open windowsill. Although I later grew to love his staff, especially a member who later saved my life, I unfortunately never became a fan of his.

Months later a similar incident occurred. I don’t remember what triggered the violence, if I rolled my eyes, didn’t wash a dish properly or sinned in some other small way. What I do remember is watching my mother fly into an instant rage. First, there was just screaming and slapping, but soon came the punching and scratching. In her crazed state, she showed no signs of stopping. I had been feeling the momentum, the resentment and the hate building for weeks. And, that day, I was genuinely and completely terrified of her.

At some point, I decided to run. I easily found a neighboring church where my mother and I had once resided in the basement before moving into our current low-income apartment. Finding the pastor, for the first time ready to ask for help escaping the abuse, I let the story tumble from my mouth. Blood was flowing from the open wounds on my arms and hair still fell from my head in chunks as I talked animatedly, head thrashing and hands flying, my minute Italian heritage showing.

However, as soon as my mother arrived, she turned on her charm and combined it with a flawless it’s-tough-to-be-a-mom routine. She explained to the pastor that I was on a new medication and it had driven me to attack myself. The thing is, I wasn’t on a new medication. In fact, I had never been on any sort of medication. Our family didn’t really even go to doctors, police or anyone “official.” The prescription for a cold was hot toddies, while ear infections called for half onions affixed to my head, an oddly painful process.

I held my breath as I waited to see what he would do. Watching his eyes go from one of us to the other, I saw the resignation cloud his expression. I know he believed me as I received an apology letter from him five years later, but at that moment, he sent me home with my mother. I felt hopeless, empty and scared. I resolved myself to survive minute by minute, which is exactly what I did as I could feel something bigger coming. Little did I know she would soon try to kill me.

Here’s the thing. Sometimes, people are going to have preconceived notions about us for a host of obscure, senseless reasons: we’re teens or we’re elderly; we’re gay or we’re straight; we’re black or we’re white; we’re formally educated or we’re not. But at the end of the day, what they think or how they act doesn’t matter. It’s up to us to know our inner truth and to do everything in our power to honor it.

Sure, nonsense is going to happen and bullshit may prevail for a while. But remember this, there’s a lot of peace that comes from living your life as you see fit and righting the wrongs you can with the resources you have. Whatever your challenges, however you feel judged, do what you can to surround yourself with believers, cheerleaders and positive hooray-sayers. Keep on your path, doing your thing and sparkle on, baby, sparkle on.