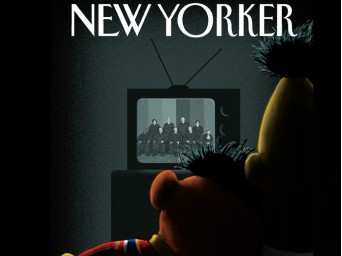 As America continues to celebrate the Supreme Court’s ruling declaring DOMA unconstitutional, The New Yorker chose to feature some unconventional figures on their marriage equality cover — Muppets Bert and Ernie from “Sesame Street.”

The long-rumored couple snuggles on the couch watching a television showing a shot of the Supreme Court. Jack Hunter, the artists who put the cover together, submitted the image to the magazine through its Tumblr outlet.