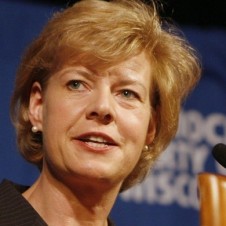 Senator Tammy Baldwin (D-Wis.) set out on her political career to “make a difference, not history.” Nonetheless, the trailblazer is celebrated as the first openly gay person to serve in the Senate, and the first woman senator from Wisconsin. On Wednesday, at Generation Progress’ National Youth Summit, a new contingent of the Center for American Progress, Baldwin appealed to young people to participate in the political process and become active members in moving the country forward.

Baldwin said young people have the power to influence and educate their peers through various media platforms on issues ranging from marriage equality to climate change.