“Anyone who has heard ‘Maneater’ knows it comes from a deep place,” Daryl Hall, 71, says as he stretches out in the living room of his Charleston, SC, home, where he shoots the web series, “Live from Daryl’s House,” an acoustic jam session with musicians he has befriended over the decades. “John and I loved doing our harmonies, so the idea came from our obsession with harmony and a desire make our music without trying to compete with the New Wave musicians. And, the fact that without his mustache, John really looks like a woman.”

Hall pauses, “I love Emily Saliers. Initially, she was a vehicle for being able to share my music, my way, but now, I’m choosing to live full time as Emily Saliers.”

Look at a picture of the Indigo Girls. Squint your eyes. A little tighter. Tighter. Now, draw a wildly masculine mustache on Amy Ray. There. It seems so obvious now. Hall & Oates are the Indigo Girls.

“We missed the clues because we wanted to miss the clues,” a lesbian comedian close to the Indigo Girls said. “I’ve hung out with Emily dozens of times. She’s pure love, but she really likes pool, like in a way that pushed the boundaries of the way lesbians feel about pool. Then there was her rendition of ‘Jingle Bell Rock’ at the Christmas party in 2002.” 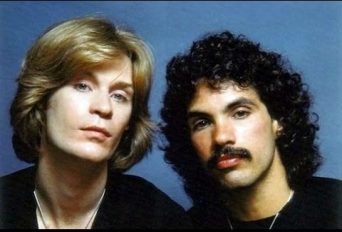 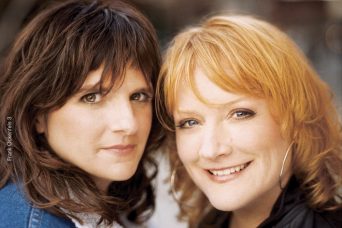 The biggest clue is the music and the careers. Hall & Oates moved away from the music scene in 1985 as the Indigo Girls started gaining traction. Both duos sing heartfelt harmonies about love, relationships and spirituality. Most tellingly, you’ve never seen them together.

“Look, the 1990 Grammy Awards were a nightmare. We were quick changing between Hall & Oates and the Indigo Girls all night,” Hall remembers. “It was really lucky that Milli Vanilli won best new artist that year because we were not in costume. But, the agonizing thing is that we did win a best folk album Grammy. At that point, Hall & Oates had 4 nominations and no wins, then ‘Nomads Indians and Saints’ wins.”

Hall said the competitive part of Hall & Oates made them continue to make music as both artists because they were clearly Grammy-worthy musicians and wanted to live openly as such. Now, Hall has lost at the Grammys 6 times as Daryl. He’s ready to let it go.

“In hindsight, we should have come out right then. We were so proud of our Grammy and our album,” he sighs, “But we were also afraid of losing all the love and community we found from being the Indigo Girls.”

Now, Hall is ready. “I made a life as Emily. A beautiful life with a fantastic restaurant (Watershed), wonderful friends and beautiful music, I’m ready to be that person full time.”

Somewhere Hall predicts, John Oates / Amy Ray is shaking his head. It is always this way between them. Hall / Saliers says too much, Oates / Ray says much less or nothing.

“John is probably saying to himself, ‘why can’t you just shut up and sing?'” Hall said. “But I’m more Dixie Chicks than he is.”