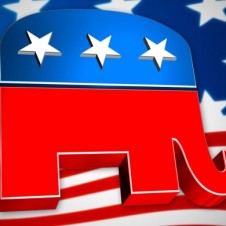 With the impending decisions on Proposition 8 and the Defense of Marriage Act due from the Supreme Court, both sides of the LGBT equality fight are preparing their responses. One conservative group overprepared, and accidentally posted all of its reactions to the different possible outcomes. Here’s a preview of what to expect from conservatives this week, courtesy of the Family Policy Institute of Washington (FPIW), as captured by Laurel Ramseyer at Pam’s House Blend.

If the Supreme Court upholds DOMA and Prop 8, FPIW’s Joseph Backholm is ready to gloat that same-sex couples don’t deserve recognition under law because “the U.S. Constitution does not include a ‘right’… to have their relationships officially affirmed as ‘marriages.’” Should the Court rule against both Prop 8 and DOMA, Backholm offers a longer statement to address the “lose-lose” situation. Quick to accuse the Supreme Court of “judicial activism” only in the face of a loss, he believes such a decision would throw into question the Court’s entire legitimacy.

Read more about the the potential conservative responses at ThinkProgress.org