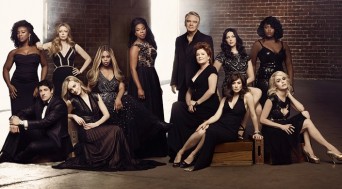 The 66th Primetime Emmy Award nominees were announced Thursday and the first season of the Netflix series “Orange is the New Black” earned a dozen nods, the most for any comedy.

Cox’s nomination is another history making moment for the actress who recently graced the cover of Time magazine. The Emmy selection makes Cox the first openly transgender actress to receive the honor.