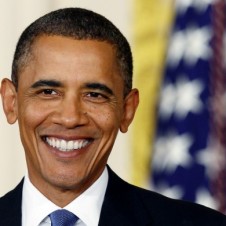 President Obama issued a statement shortly after the Hawaii legislature gave final approval to a bill to legalize same-sex marriage on Tuesday, saying he’s “proud” of his birth state for enacting marriage equality.

“Whenever freedom and equality are affirmed, our country becomes stronger,” Obama said. “By giving loving gay and lesbian couples the right to marry if they choose, Hawaii exemplifies the values we hold dear as a nation. I’ve always been proud to have been born in Hawaii, and today’s vote makes me even prouder.”