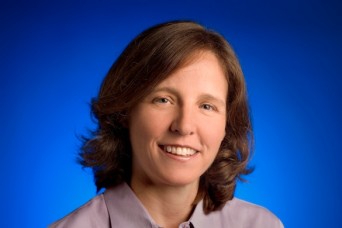 She takes over for Todd Park, the first CTO appointed to the position created by Barack Obama’s administration.

“Megan has spent her career leading talented teams and taking cutting-edge technology and innovation initiatives from concept to design to deployment. I am confident that in her new role as America’s Chief Technology Officer, she will put her long record of leadership and exceptional skills to work on behalf of the American people. I am grateful for her commitment to serve, and I look forward to working with her and with our new Deputy U.S. CTO, Alexander Macgillivray, in the weeks and months ahead,” Obama said in a statement announcing her appointment.

Trained as a mechanical engineer at MIT, Smith led new business development, Google Earth, Google Maps and now heads Google[x]. She served on the Google Crisis Response project, which put her into contact with the Capitol’s tech community. Prior to starting at Google, Smith was the CEO of LGBT hub PlanetOut.

“As U.S. CTO, Smith will guide the Administration’s information-technology policy and initiatives, continuing the work of her predecessors to accelerate attainment of the benefits of advanced information and communications technologies across every sector of the economy and aspect of human well-being,” said presidential science advisor John Holdren via the White House blog.