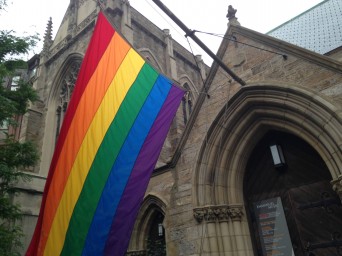 A new project inspired by the popular “It Gets Better” campaign aims to give a voice to pro-LGBT Christians who proclaim they’re “Not All Like That,” referring to the anti-gay rhetoric espoused by some conservative Christians.

The effort, dubbed the NALT Christians Project, debuted on Wednesday and will allow Christians to post videos on its website to express support for LGBT people and refute anti-LGBT rhetoric. It’s similar to the “It Gets Better” project, which enabled LGBT people and public figures to tell LGBT youth their lives will improve.

Dan Savage, an LGBT advocate who founded the “It Gets Better” project, created the premiere video for the NALT Christian Project and called on Christians to create videos to demonstrate they’re “not all like that” in terms of holding anti-LGBT views.