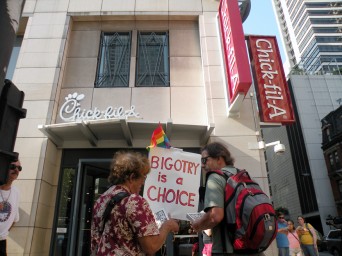 A press release from the organization claims Alderman Moreno, the Chicago elected official who said he would not allow the franchise to enter his city during the controvery earlier this year, confirmed the distribution of an internal memo, reportedly titled “Chick-fil-A: Who We Are.” The memo claimed that the company would “treat every person with honor, dignity and respect- regardless of their beliefs, race, creed, sexual orientation and gender.”