By Erik Olvera, Director of Communications

Today, the National Center for Lesbian Rights joins more than 50 other LGBTQ organizations calling for unity and an end to hate and discrimination following the June 12, 2016 shooting at an Orlando, Florida LGBT bar that left 49 people dead and more than 50 seriously injured.
Joint Statement 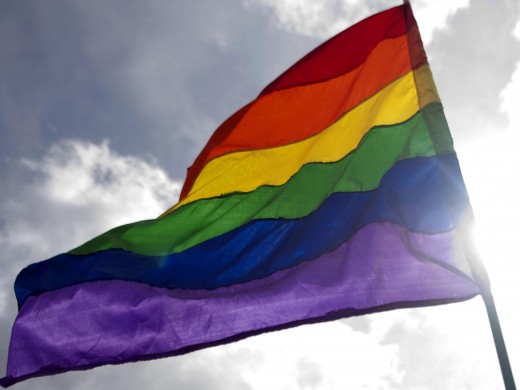 We the undersigned organizations working on the front lines of the lesbian, gay, bisexual, transgender, and queer (LGBTQ) movement share in the profound grief for those who were killed and many more who were wounded during Latin Night at the Pulse nightclub in Orlando, Florida. Their lives were lost or forever altered in this devastating act of violence targeting LGBTQ people. Our hearts go out to all the family and friends touched by this horrific act. We know their lives will never be the same again.
This national tragedy happened against the backdrop of anti-LGBTQ legislation sweeping this country and we must not forget that in this time of grief. Unity and organized response in the face of hatred is what we owe the fallen and the grieving. Collective resolve across national, racial and political lines will be required to turn the tide against anti-LGBTQ violence. Our response to this horrific act, committed by one individual, will have deep impact on Muslim communities in this country and around the world. We as an intersectional movement cannot allow anti-Muslim sentiment to be the focal point as it distracts from the larger issue, which is the epidemic of violence that LGBTQ people, including those in the Muslim community, are facing in this country.
The animus and violence toward LGBTQ people is not news to our community. It is our history, and it is our reality. In 1973, 32 LGBTQ people died in an arson fire at an LGBTQ Upstairs Lounge in New Orleans. More than forty years later, similar acts of anti-LGBTQ violence are commonplace. Crimes motivated by bias due to sexual orientation and gender identity were the second largest set of hate crimes documented by the FBI in 2015 (over 20%). Murders and violence against transgender people globally have taken more than 2000 lives over the last 9 years. Bias crimes against US immigrant populations, which include significant numbers of LGBTQ people, have increased over the past decade as anti-immigrant rhetoric has escalated.
For those of us who carry multiple marginalized identities, the impact of this violence and discrimination has even more severe consequences. These intersectional identities and their ramifications are apparent at every level in the Orlando tragedy – which disproportionately affected Latino members of our communities, and has xenophobic consequences that threaten LGBTQ Muslims. According to the National Coalition of Anti-Violence Programs (NCAVP), there were 24 reports of hate violence related homicides in 2015, and 62% of those victims were LGBTQ people of color. Transgender and gender nonconforming people made up 67% of the homicides, the majority of whom were transgender women of color. The violence against transgender and gender nonconforming people has continued into 2016 with 13 reported individual homicides this year alone. NCAVP research on hate violence shows that LGBTQ people experience violence not only by strangers, but also in their everyday environments by employers, coworkers, landlords and neighbors. The Orlando shooting is simply an extreme instance of the kind of violence that LGBTQ people encounter every day.
As LGBTQ people who lived through the AIDS crisis, we know what it looks like and feels like to be scapegoated and isolated in the midst of a crisis that actually requires solidarity, empathy and collaboration from all quarters. We appeal to all in our movement and all who support us to band together in rejecting hatred and violence in all its shape shifting forms. Let us stand united as a diverse LGBTQ community of many faiths, colors, nationalities and backgrounds.
Signed,
Arcus Foundation
Believe Out Loud
BiNet USA
Bisexual Resource Center
Center for Black Equity, Inc.
CenterLink: The Community of LGBT Centers
The Consortium of Higher Education LGBT Resource Professionals
The Council for Global Equality
Courage Campaign
Equality Federation
Family Equality Council
Freedom for All Americans
Freedom to Work
GLBTQ Legal Advocates & Defenders (GLAD)
Gay Men’s Health Crisis
The Gill Foundation
GLAAD
GLMA: Health Professionals Advancing LGBT Equality
GLSEN
Genders & Sexualities Alliance Network
The Harvey Milk Foundation
Human Rights Campaign
interACT: Advocates for Intersex Youth
The Johnson Family Foundation
Lambda Legal
MAP
Marriage Equality USA
Muslim Alliance for Sexual and Gender Diversity
National Coalition of Anti-Violence Programs
National Gay & Lesbian Chamber of Commerce
National Black Justice Coalition
National Center for Lesbian Rights
National Center for Transgender Equality
National Council of La Raza
National LGBTQ Task Force
National Minority Aids Council (NMAC)
National Queer Asian Pacific Islander Alliance
The New York City Anti-Violence Project
Out & Equal Workplace Advocates
OutRight Action International
The Palette Fund
PFLAG National
Pride at Work
Services & Advocacy for GLBT Elders (SAGE)
Southerners on New Ground (SONG)
SpeakOUT Boston
The T*Circle Collective
Tarab NYC
Transgender Education Network of Texas
Trans People of Color Coalition
Transgender Law Center
The Trevor Project
The Williams Institute