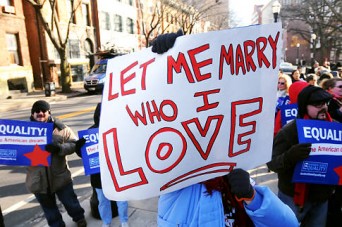 A Colorado couple has filed a lawsuit aimed at overturning the state’s ban on same-sex marriage.

7News in Denver reports that Dr. Rebecca Brinkman and Margaret Burd applied for a marriage license from the Adams County Clerk’s office. The clerk told them that they were not eligible because they are both female and offered them a civil unions license instead. The couple rejected the clerk’s offer and instead filed suit in district court Wednesday.