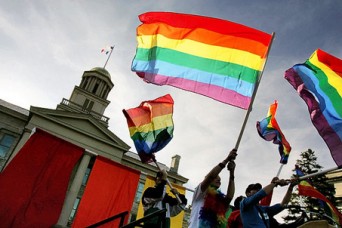 The ABA recently introduced and is now advancing a resolution that would mean an end to the so-called gay or trans “panic defense,” a legal defense move that too many times has traded on anti-LGBT prejudice to reduce violent crime sentences. “This resolution puts an end to a longstanding injustice in our legal system and gives a voice to countless lesbian, gay, bisexual and transgender victims of violence, a voice we never hear because they are no longer here to speak for themselves,” said D’Arcy Kemnitz, executive director of the National LGBT Bar Association, in a statement on the resolution.
The National LGBT Bar Association helped develop the repeal resolution in order to stop further injustices, and this is the culmination of around 15 years work. The ABA House of Delegates will take up the resolution at the 2013 ABA Annual Meeting this August and will need to vote on it for the recommendations to become official ABA policy