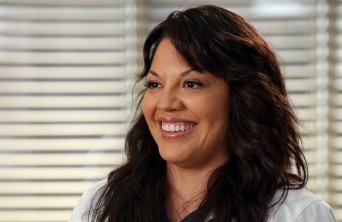 Last week The Atlantic published an article entitled “Bisexuality on TV: It’s Getting Better.” The article explains that although the quantity of bisexual characters is still very limited, with currently only 18 bisexual regular or recurring female characters in all of prime time television, the quality is improving. The article cites characters like Callie Torres of “Grey’s Anatomy” and Kalinda Sharma of “The Good Wife” as examples of well-drawn, fully realized, characters while pointing out that other characters, like Piper Chapman of “Orange is the New Black” and Pam from “True Blood” are a bit more problematic. I agree that it’s helpful to acknowledge how far we’ve come in terms of bisexual visibility in the media. However, I’m not convinced that representations of bisexuals on television have improved as much as we’d like to believe.