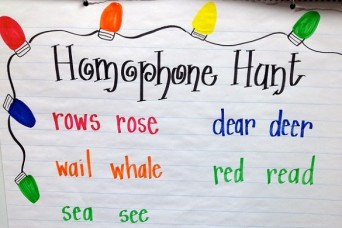 In one of the most irony-filled stories to make the rounds in a long while, a social media specialist in Utah was fired for a blog he wrote about homophones.

For those unfamiliar with the term, homophones are words that sound alike, but which are spelled differently. Think of “sell” and “cell;” “sleigh” and “slay;” “two,” “too” and “to.” Clearly, a homophone has nothing to do with one’s sexuality – a fact that appears to have escaped Clarke Woodger when he fired Tim Torkildson for a blog the latter wrote on the topic.

For ironic point #2, we have the fact that in his you’ll-no-longer-be-working-here announcement to Torkildson, Woodger complained, “Now our school is going to be associated with homosexuality.”

Now I may be wrong about this, but I’m guessing that we’d not be hearing about this story, nor would Newsweek and other major news outlets be reporting about it, if Woodger hadn’t terminated Torkildson.

Now I’m wondering if someone should attempt to explain dangling participles to Mr. Woodger before he again embarrasses himself in a similarly unfortunate event.