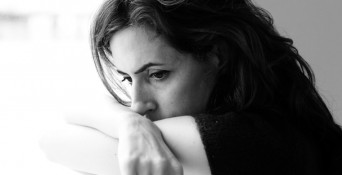 Music is powerful. It can evoke emotional responses, taking you right back to happy times and sad times and all the times in-between. It can also help you get through hard things, like breakups.

Breakups are terrible. You cry, you don’t eat, you don’t sleep, and you’re generally miserable. Songs about breakups don’t make it hurt less; in fact, sometimes, they just make you cry more. But sometimes, that is exactly what you need to process the whole thing.

These are some of the songs that have helped me through my recent breakup. If you’re going through something similar, or if you just need a good cry, this is the playlist for you.

Allison Weiss’ “I Had To Do It”
This song sums things up for me. I loved her. I initiated the breakup. Even though, I know it’s for the best, it still sucks.

If my weary heart were well enough
I’d stay and let you keep it
But to know you is to love you
And I don’t want to love you anymore.”

There are other songs from Allison Weiss that are good breakup songs, especially ones from her album “Say What you Mean,” which has become my personal soundtrack these last few weeks. Oddly, most of them are really upbeat in tempo, but often really, really sad.

Ani DiFranco’s “Untouchable Face”
This song doubles as a classic breakup song or a song about unrequited love. The chorus can fit into most breakups when you reach the point of being mad. Sometimes, all you want to do is tell the other person “fuck you.”

“So fuck you
And your untouchable face
And fuck you
For existing in the first place
And who am I
That I should be vying for your touch
And who am I
I bet you can’t even tell me that much.”

Ani’s song “As Is” is another great angry breakup song. Though, if the lyrics fit your ex to a T, I’m so, so sorry, and you’re better off without her, trust me.

Jenny Owen Young’s “Fuck Was I”
At some stages of a breakup, you look back and are grateful for the good times. At other stages, however, you regret the whole thing, from beginning to end, and wonder why you ever fell for someone who would end up causing you so much pain. This is a song for those “What the fuck was I thinking?” moments.

Christina Perri’s “Jar of Hearts”
Another song for angry-at-the-ex moments, particularly for those times when you feel you have been used and are just another heart in a jar.

Tegan and Sara’s “Call It Off”
Anger is a key component to any breakup, but let’s be honest here — you also miss her, sometimes more than you ever thought possible. You start to wonder if you made the right decision in ending things, but she won’t talk to you, or maybe she’s already moved on to the next person, and you just feel bad and sad. Then you remember all the red flags, broken promises, and why you’re better off without her.

“But now we’ll never know
I won’t be sad
But in case
I’ll go there
Everyday,
To make myself feel bad
There’s a chance
I’ll start to wonder
If this was the thing to do”

A Fine Frenzy’s “Almost Lover”
This song is heartbreaking. For me, it’s about being led on. It’s about someone giving you false hope and all the “what ifs”. You make big plans for a future for the two of you, that never happened, and now they never will. You can’t see your life without her right next to you. Then you open your eyes and see that those dreams were never going to happen anyway.

“Goodbye, my almost lover
Goodbye, my hopeless dream
I’m trying not to think about you
Can’t you just let me be?
So long, my luckless romance
My back is turned on you
I should’ve known you’d bring me heartache
Almost lovers always do.”

Melissa Etheridge’s “I’m The Only One”
You try to be everything for this person, you’d do anything for her. And it still wasn’t enough. Melissa has a few things to say about this.

Robyn’s “Dancing on My Own”
Whether you left her or she left you, it always hurts to see the one you love with another woman, while you’re on your own. It takes energy to remind yourself that it’s better to be alone than to be with someone who acts like you don’t matter.

“I’m in the corner
Watching you kiss her
I’m giving it my all
But I’m not the girl you’re taking home
I keep dancing on my own.”

Katie Todd’s “Leave”
The excuses. Other people. The deceit. It’s exhausting and sometimes, you just need to leave and do what’s best for yourself, regardless of how much you loved that person and much it now hurts to say goodbye.

“Necessary actions taken only so you’ll land on your feet.
And consequences with an action, overthrown in this distraction, please.
And even when the stars align there’s always something caught in your teeth.
This and that it’s always something with you, I’ve run out of steam.”

Adele’s “Rolling In the Deep”
What breakup playlist would be complete without a song from Adele? This song is an angry song. You’ve been wronged and you’re mad as hell and bent on revenge. But the song is also a contrast between the relationship’s potential and it’s reality. Your ex was perfectly capable of giving you everything you needed, but for whatever reason, just didn’t.

“There’s a fire starting in my heart
Reaching a fever pitch, it’s bringing me out the dark
Finally I can see you crystal clear
Go ahead and sell me out and I’ll lay your shit bare
See how I leave with every piece of you
Don’t underestimate the things that I will do
The scars of your love remind me of us
They keep me thinking that we almost had it all”

Breaking up is never easy, regardless of the circumstances, but hopefully, you can learn from your mistakes and grow as a person and come out better in the end. Music will be there to help get you through the rough times.

What are your go to breakup songs? Tell us in the comments.

One Response to “Heartbroken? Here’s your soundtrack”