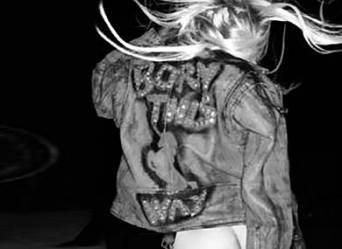 Well, yea. But is that the best reason why we deserve equality?

This month our community hosts pride parades across the country and the world as we march to bring visibility and validation to our diverse population. Yet I dread each sign I see that says, “Homosexuality is NOT a choice!” or “We are born gay!” or some version of these statements. I see such signs plastered over the web nearly every day.

Please don’t misunderstand. I believe that lesbian, gay and bisexual people are born, not made. I believe that people seeking gender-confirmation surgery are born into the wrong body, but again, the origins of their gender and sexuality are in relation to being born, not in choosing. Please know this is my belief because I mean to question why the argument about being born queer is so important to the LGBTQ community. Truly, the argument makes me cringe.

Here are a few reasons I have a problem with it:

1. Are we saying, “We are born this way, we can’t help it, so accept us with our defective and other-than-normal sexuality”?

2. Are we saying, “All you religious zealots who call us an abomination in the name of your God, we are born this way, so you can’t change us to suit your homophobia”?

3. Are we saying, “If we can prove to the mainstream that we are born this way and didn’t choose it, won’t they have to accept us and give us our rights”?

In each case, I feel as though we are somehow admitting we aren’t “normal.” You can’t discriminate against someone born with a defect, right? God wouldn’t hate someone born into the “wrong” body, right? The government can’t deny the right to marry to people who were born with a messed up sexuality, right?

I know some people are afraid of the born-queer argument, fearing that bigots will try to find a way to genetically wipe us out of the human race. That is not one of my fears. I don’t believe the bigots are that intelligent. Go read some of the comments conservatives made when the Boy Scouts let in gay boys (as if there had never been a gay boy in the Boy Scouts). Their comments are so stupid they would be laughable if they weren’t so insulting.

When someone dabbles in homosexuality but ends up living a straight life, was that a choice, or is that person on a certain place on the continuum: more straight than gay?

When a homosexual person dabbles in heterosexuality, say in his college years, but ends up married to another man, is that a choice, or is that the man coming out as he was born, finally, after dealing with so many years of oppression that kept him closeted, even to himself?

And when a bisexual goes from man to woman to man, for example, is he or she choosing? Or is this person on a different place on the spectrum of sexuality, because of the way he or she was born?

As I said at the outset, I believe we are born into our sexuality, which may be more than theory, as some scientific studies have suggested, yet it bothers me as our justification for existing.

This born-into-our queer-sexuality argument has a dangerous subtext — that if we weren’t born this way, obviously, we’d all choose to be normal heterosexuals. I think that’s the crux of why this argument irks me: that in making the argument that homosexuality is not a choice, we are in some way validating what society calls normal.

I hope you can convince me otherwise and explain to me how this argument is positive and not just a reaction to homophobic attitudes. Can we update our slogans and arguments to always include a rider, so they read, “We are born this way; being queer is not a choice. But if it were a choice, so what?”

7 Responses to “Debate: So what if homosexuality were a choice?”