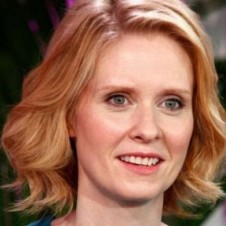 “Sex and the City” star Cynthia Nixon has been tapped for a recurring role on NBC’s “Hannibal” in Season 2, TVLine reports. Nixon, who has also appeared on “The Big C” and “30 Rock,” will reportedly play Kade Prurnell, “an employee of the Office of the Inspector General in FBI Oversight who is investigating the events of the first season and Jack Crawford’s (Laurence Fishburne) culpability.”

The finale of “Hannibal’s” freshman season ended with Hugh Dancy’s troubled FBI profiler Will Graham behind bars for murders he didn’t commit, while the real culprit, Mads Mikkelsen’s devious Hannibal Lecter, remained free. Season 2 is set to return midseason, and creator Bryan Fuller has reportedly reached out to David Bowie to play the role of Hannibal’s uncle, Count Robert Lecter.