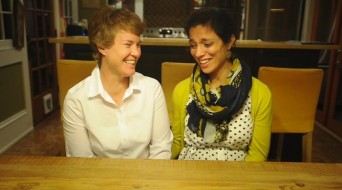 Tennessee joins the growing number of states to recognize same-sex marriage. Well, some of them. The federal district court in Nashville ruled today that Tennessee must recognize the marriages of same-sex couples who wed in other states as a failure to do so “fails to protect them and likely violates the United States Constitution,” according to a press release from the National Center for Lesbian Rights (NCLR), the organization that brought the case before the courts.

Tennessee joins Utah, Oklahoma, Ohio, Virginia, Illinois, Kentucky and Texas in the number of states compelled to recognize same-sex marriage by federal court ruling. Since the United States v. Windsor ruling, every case brought before a federal court has ruled in favor of the freedom to marry for same-sex couples, NCLR said.

“In light of this rising tide of persuasive post-Windsor federal case law, it is no leap to conclude that the plaintiffs here are likely to succeed in their challenge to Tennessee’s Anti-Recognition Laws,” U.S. District Judge Aleta A. Trauger wrote in her ruling.

The suit, filed October 21, 2013, alleged that Tennessee’s failure to recognize the marriages of same-sex couples violates the federal Constitution’s guarantees of equal protection and due process and the constitutionally protected right to travel between and move to other states, according to NCLR.

Additionally, the judge ruled that denying the couples equal marriage would would cause them significant and irreparable harm, including because one of the couples is expecting a baby within days and urgently needs the legal protection and security of having both partners recognized as legal parents, as other married couples in Tennessee are recognized, according to NCLR.

“We are overjoyed with the court’s ruling. As a result of this order, our daughter will never know a time when her bonds with her loving parents were not protected or the state saw her family as less worthy than other families. We look forward to the resolution of this case so that all married same-sex couples in Tennessee can have the protections that we were granted today,” Dr. Jesty told NCLR.