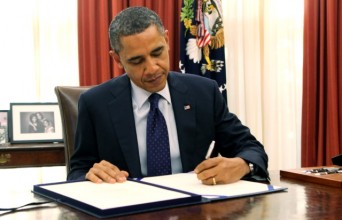 “We are writing to urge you to fulfill the promise in your State of the Union address to make this a ‘year of action’ and build upon the momentum of 2013 by signing an executive order banning federal contractors from engaging in employment discrimination against lesbian, gay, bisexual, and transgender (LGBT) Americans. As you have said before, ‘now is the time to end this kind of discrimination, not enable it,'” reads the letter, which was provided to The Huffington Post.