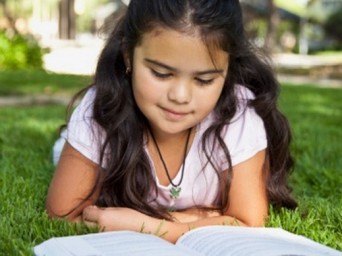 Imagine, in just a few years, she could have a whole different personality!

I love my twelve year old daughter, Jessie, I really do, but I think her hormones are starting to take over and some days I’m not sure I recognize her anymore.  She’s starting to say and do quite a few weird things. A while back we were walking along the Deschutes River and I pointed out some trash along the bank.  Jessie said, “Oh, look at that trash, what is wrong with people nowadays?”  Nowadays?  She’s twelve!  What days is she talking about?

I’m thinking she needs to hang out with people her own age and not us old-ish parents with our old people sayings.  Either that or I’m going to have to look for the alien pod that changed my daughter into a very similar looking, but very different child.  I hadn’t made up my mind until I took her shopping the other day.

Jessie and I went to look for clothes at Kohl’s and we were walking along a main aisle when I noticed she wasn’t next to me anymore.  I stopped to look around, went back to where I had last seen her, and what to my wondering eyes should appear?  She was picking up a bunch of towels that had fallen on the floor.  She carefully picked up each one and was putting them back in their proper places.

I could only stand there and watch her. Apparently this wasn’t a common occurrence because I wasn’t the only one.

I looked over at the Kohl’s employee and said, “Are you seeing the same thing I’m seeing?”

The stunned woman replied, “A tall, thin pre-teen girl picking something up off the floor?”

“Oh, good, I’m not hallucinating.”  We stood like that, two momentarily flummoxed adults, until Jessie finished and looked over at us.

“Why are you looking at me like that, Mom…and lady I don’t know?”

“I don’t think I’ve ever seen you do that before, Jessie.  Why did you pick up all those towels?”

“Oh, that kind of stuff really bugs me.”

REALLY?!?  This is the same girl who, after a bath, will ball up her towel and throw it on her bedroom floor.  And if that ball was in the middle of the floor, in front of her door, she would step over it until said towel ball decomposed back into the earth.

“Wait a minute.  Why don’t you pick up the stuff on your bedroom floor?”  Because, honestly, I don’t see a difference between the towels at Kohl’s and the stuff she throws on the floor in her own home.

“Oh, that’s different, Mom.  I would never have picked those up at home.  I want the stuff on the floor in my bedroom.”

“Even your wet towel?”

“Oh, I just never notice my towel on the floor.  You can pick that up if you want to.”

Oh. My. Goodness.  She never notices that, yet she saw, out of the corner of her eye, towels on the floor along the back wall at Kohl’s which bugged her so much she had to carefully fold them all up and put them away. Please, if you can explain, even a little, what goes on in the mind of a child, I would greatly appreciate it.  Now if you don’t mind I have to go and search for the pod in my house because I’m pretty sure that wasn’t my daughter at Kohl’s.  Maybe I’ll show her the movie “Invasion of the Body Snatchers” and see if she makes that weird screeching noise at me.

A long time ago I realized I had two choices in life: I could either laugh or cry. I chose to laugh. I share my humorous life with my partner, daughter and Boston terrier in far south Seattle. Two things I do take seriously are family and sports. Let’s talk at www.facebook.com/jj.wallingford or shoot an email to jj.wallingford@yahoo.com.