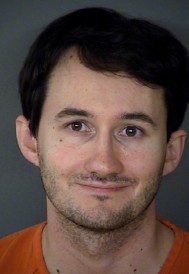 Nearly two years after Mollie Olgin and Kristene Chapa were bound, shot in the head and left for dead in a park near Corpus Christi, Texas, police have made an arrest in the case.

According to NBC News, Strickland faces charges of capital murder, aggravated assault with a weapon and aggravated sexual assault in the June 23, 2012, attack which left Olgin, 19, dead. Olgin’s girlfriend, Kristene Chapa, then 18, survived but continues to undergo rehabilitation in an effort to recovery from brain injuries sustained in the shooting.

“Thanks everyone for the texts, messages, and calls but my family and I are just kinda in shock and just shook up,” Chapa wrote on Facebook after the arrest was made. “We need time to let it sink and just process the news we’ve waited on for 2 years. Please keep us in your prayers.”

Police have not elaborated on a motive in the case, but the aggravated sexual assault charge provides the first indication since the attack that at least one of the women was raped. Police continue to assert that the attack was not a hate crime and that the girls’ sexual orientation was not a factor.

“I hope that it gives them some closure knowing that this person is taken off the street,” Portland Police Chief Gary Giles said of the victims’ families and the community. “It is one day before the two-year anniversary. We’ve been working very hard to make sure we get him as soon as possible. A series of fortunate events has led us to this point and I’m just very happy that we could help in — at least at this point — in bringing him to justice.”

“He’s a stone cold killer who thought he got away with murder, but will finally pay for his crime,” said Robert R. Almonte, United States Marshal for the Western District of Texas, according to the Corpus Christi Caller-Times. “My sympathies and condolences go to the victims and their families who had to endure this wicked act of violence.”