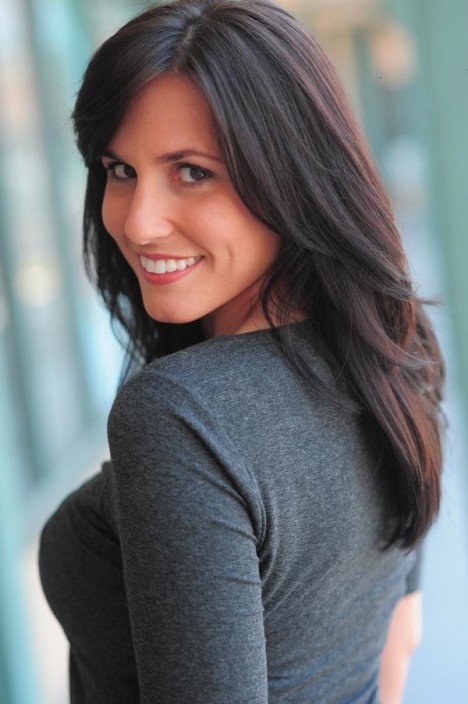 Recognized for her provocative and uninhibited style, stand-up comic and actor Bridget McManus has starred in her own television show, “Bridget McManus Presents: That Time of the Month”, the award-winning “Brunch with Bridget” on the Logo Network and her wonderful web series, “McManusland.”

The New York University Tisch School of the Arts and Los Angeles Second City conservatory program alum was also featured in on “Kathy Griffin: My Life on the D-List” and starred in the stand-up comedy documentaries “Laughing Matters: The Next Generation” and “One Night Stand-Up: The Women of AfterEllen.com.” She has graced the covers of Bound magazine and Curvemagazine’s “America’s Funniest Lesbian” issue, ranking third in their national poll.

In our interview, McManus fesses up about her most embarrassing on-stage moment, her favorite gay city, and how a turkey baster played a prominent role in her career.

How did you decide you wanted to pursue comedy and where did you get your start?

When I was four years old I started running around my house with a turkey baster pretending it was a microphone. Twenty-three years later, I took the stage at The Comedy Store in Los Angeles and decided to make stand-up my full-time career.

Who were the most influential people in your career?

Carol Burnett, Eddie Izzard and my Nana. My Nana had a dirty sense of humor and she was hilarious! She also taught me how to dance and how to dip a girl.

What is your favorite city to perform in?

Chicago, hands down! Chicago has great food and even better people.

Can you tell us about your most embarrassing on-stage moment.

If we looked through your iPod, what artist, song, or album would you have to make an excuse for having downloaded?

Avril Lavigne; I feel like a pedophile just for mentioning her name.

Which city would you say was the most gay-friendly to which you’ve traveled?

Zurich, Switzerland. It’s the most beautiful and gay-friendly city I’ve ever been to. If I had to leave Los Angeles, I’d move to Zurich.

Are there any groups, charities, or organizations that you promote or support?

There are two organizations that I promote and believe in 100% — The Courage Campaign and Gabrielle Christian’s (from “South of Nowhere”) Fair Fund. Gay rights and women’s rights are my number one priorities.

What do you plan to do immediately after finishing this interview?

I’ll make my wife proofread it because I’m a terrible speller.