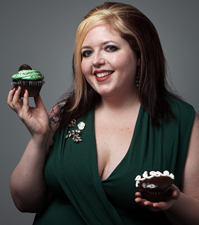 It’s time for some Additions to the Queer Lexicography!!

Purse Anchor: I recently went out with three very foxy masculine-of-center gentlemen to a small town gay bar.* It had been awhile since I’d been out in a crew that wasn’t made up of many Femmes and in a venue with a delineated dance floor (let alone room to move around easily). Noticing how they moved around the dance floor versus how I moved around the dance floor was really interesting. I was anchored to the ground with my purse and everyone else had way more locomotion. It’s a matter of street smarts, I don’t leave my purse anywhere out of arm’s reach and when I’m on the dance floor I dance next to it. Generally I carry a clutch so that I can dance with it, but when there is a drink in hand I find that just spoils my groove. So the clutch has to get set down.

With well over a decade of nightlife behind me, I’ve tried many purse permutations for going out. Here’s the thing–I don’t have pockets nor do I trust pockets with the things I need. And some of those things I need are my camera because I obsessively document my queer fat femme life, my wallet, keys and many different kinds of lipsticks. I used to try the bra pocket with just an id and cash and my housekey but I have bigger needs these days.

Regardless, part of being Femme is not having to make excuses for the girl shit I do. Mama needs a purse anchor.

“Ladies, let’s dance over here. This speaker will make a nice spot for our purse anchor.” or “Hey, let’s go dance over by Heather. She has a purse anchor and we’ll be good Femme Allies if we dance closer to her.” Love Jail: I’m not entirely sure who gave me this term, it was either Glenn Marla or Deb fromRe/Dress. We were at the store one day and they told me about the concept. Love Jail is where you get with someone and you drop of the social face of the earth. Obviously sometimes when you start dating you want to get shipped off to love island for awhile** and recalibrate how you spend your time accordingly, but you should never sacrifice your besties for your relationship. It puts too much pressure on the relationship and at the same time is bad friendship form. I talked about this in a previous post, but it is fun to have a term for what happens when you dump your besties.

ETA: Love Jail is a concept coined by and told to me by Alysia Angel, meaning essentially the same thing and was the name of her country dj night in Olympia, WA. I had completely forgotten about her telling me about this before I heard it again from Glenn and Deb and wrote this post. Sorry Alysia!

Lesbian Cylon: I recently started watching Battlestar Gallactica. I am not a big Sci Fi person but my BFF Brian gave me the dvds to watch and insisted I would love it… and I did! It’s really character and plot driven and easy to forget they’re in an alternate universe floating around in space. In BSG they actually have robots that look like people, only they’re manufactured thousands of times. So there are many copies of each of however many models there are.

[My friend] Mackenzi went to a party and described it to me like this. “Everyone there looked like hipster dykes. Studded belt, asymmetrical hair, black tshirt. Repeat.” My response, “Like Lesbian Cylons.”

This has been true for years. There will be a sort of generic dyke look and everyone adopts it. (Remember visors, spiky hair, white a-shirts and cargo shorts?) I think it is true in a lot of subcultures, but it’s just very funny when you look at a sea of people and they all look alike and imagine them to be robots. I value style difference and people who can set themselves apart from the crowd. Or people who can adopt the on-trend look and make it look totally different.

So Lesbian Cylon is a way to describe the generic dyke look of the moment. “I predict the Lesbian Cylons of 2015 will be wearing Beatles haircuts and bolo ties. Just wait.”

*I love small town gay bars, I especially love it with an insider who can tell me all of the local dramz. Not that Brooklyn doesn’t have local dramz (ooh, honey) but it’s interesting how when there is only one bar it all gets localized more painfully.

**Love island is that lovely place you go when you’re on laycation and you shack up with some take out and can’t get out of bed for a couple of days because you’re so enamored with your date. Texts to and from friends sometimes include the line “I’m on love island I can’t go out.” Thanks to Damien Luxe for that one.

Bevin Brandlandingham is your femmecee at QueerFatFemme.com where she chronicles the relentless pursuit of her joy.