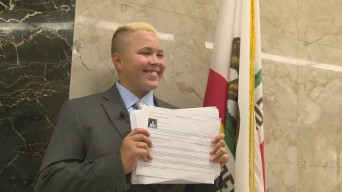 Over the past several months, Ashton Lee, a transgender 16-year-old from Manteca, California, has been at the forefront of the state’s political arena, attempting to convince legislators about the significance of passing Assembly Bill 1266. The bill, which already passed California’s Senate earlier this month, now awaits the signature of Governor Jerry Brown.