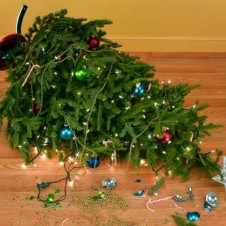 Wyoming Republican Senate candidate Liz Cheney’s opposition to gay marriage has caused a full-on feud with her sister, Mary Cheney, and her sister’s wife, Heather Poe. In a rare interview with The New York Times Sunday evening, Mary Cheney said she will not be seeing her sister at Christmas and the two have not spoken since the summer.

“Liz has been a guest in our home, has spent time and shared holidays with our children, and when Mary and I got married in 2012 — she didn’t hesitate to tell us how happy she was for us,” Poe wrote. “To have her now say she doesn’t support our right to marry is offensive to say the least.” Poe then took a shot at her sister-in-law’s move from Northern Virginia to near Jackson, Wyo., where the Senate candidate bought a home in May 2012 and began her campaign in July 2013. “I can’t help but wonder how Liz would feel if as she moved from state to state, she discovered that her family was protected in one but not the other,” Poe wrote.