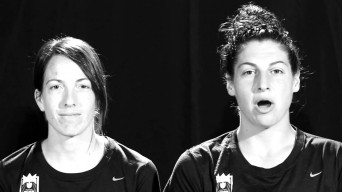 Seattle Reign FC video for You Can Play Project

Even though the world has made significant progress in the past few years, it’s still hard out there for gay men and lesbians, especially in the world of sports. The You Can Play Project is an organization dedicated to rectifying this by promoting equality, safety and respect for all athletes, regardless of sexual orientation.

Several professional athletes and college teams have signed onto the project, and, as of June, the first American women’s professional sports team has signed on, as well. Earlier this week, the Seattle Reign FC (a soccer team, to the uninitiated) released a video announcing their partnership with You Can Play.