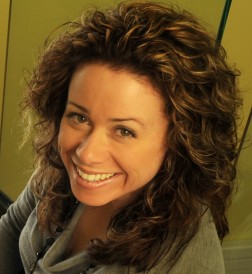 So far, this year has been intense to say the least. It’s the seven-global year, the number of truth and authenticity. The energy is pushing us to get raw and real with what we truly want in life on all levels.

Relationships were the main theme last year but for the majority of 2014, it’s about coming clean within ourselves. The seven year is like being in that pivotal place on the spiritual mountain. Looking back at where we’ve been and what we’ve done and looking ahead in the direction we want to go next.

March is the first month of the year where we’re seeing some real headway in terms of making decisions for moving forward. Just yesterday, I posted a status update about feeling as though I were having many epiphanies happening all at once and people were quick to chime in that they were feeling the same thing.

March is the three together. It seems we’re finally making some major progress instead of spinning our wheels.

The deeper we get into March, the more empowered we’ll feel with the number of imagination (three) fueling our inspirational fire. Next week is set to bring the first double ­digit days of the month and it’s poised to bring some superpowers with it.

Here’s the breakdown for the week ahead:
SUNDAY
The official start to the week, this day is adds up to one, the pioneering number of new beginnings. Use it to step off on the right foot and set your intentions for a productive and successful week.

MONDAY
Adding to two, the number of intuition and sensitivity, expect it to be a low­-key day of self­reflection. That’s OK though. Shouldn’t every Monday be like that?

TUESDAY
Here’s where we really get into the good stuff. Tuesday is a 12/3 and it’s all about things coming together or full circle. Twelve is the whole and complete number and three is the number of unity.

This will definitely be a ah-­ha moment kind of day when you’re connecting the dots on many levels.

WEDNESDAY
You set your intention on Sunday, contemplated it on Monday and had some ah-­ha moments with it on Tuesday, now it’s time to put your plans into action with the practical, foundational “doing” energy of the four. As the middle physical number, it urges you to roll up your sleeves and get to work.

THURSDAY
What you’ve started building on Wednesday will be intensified on Thursday as the rush of the five (number of heart / emotions that represents freedom of expression) kicks you up a notch. Five is always an energy where we see things more clearly, especially when it relates to our path and purpose. By this point in the week, you’ll be feeling as though you have wings to fly.

FRIDAY
The six energy brings everything into focus as the number of the creative visionary. You’re able to see things from an eagle’s eye view, pulling all the week’s thoughts and actions into perspective. They’ll be a calmness about the last day of the work week that will set your mind at ease because you’re able to see the bigger picture.

SATURDAY
There’s a bit of a double whammy going on here as Saturday’s energy matches the global year of 7, the essence of truth also known as the deep, philosophical number. A fitting day to end such a powerful week of both inner and outer accomplishment. Time to sit back, unwind and contemplate the accomplishments of the week.

Michelle Arbeau is an internationally recognized celebrity numerologist, author, inspirational speaker and radio/TV host. She has a Hollywood clientele base that includes “Twilight” vampires, a “Big Bang Theory” cast member, a “Pirates of the Caribbean” actor, an NBC director, a celebrity stylist and many more.

A media favorite and considered an expert in her field, Michelle is a frequent guest on national outlets, such as CBC Radio, CTV Morning Live, Breakfast Television and LA Talk Radio. Her newly released books, “The Energy of Words: Use the Vibration to Manifest the Life You Desire” and “Soul Numbers: Decipher the Message from Your Inner Self to Successfully Navigate Life” are the product of combining her love of numbers with her passion for helping others to find purpose, meaning and joy in life. Learn more at MichelleArbeau.com.