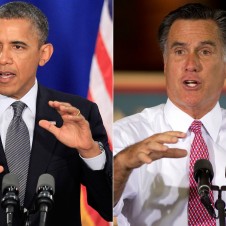 A lead attorney in the federal lawsuit against California’s Proposition 8 is facing criticism from a gay Democratic group for assisting the Romney campaign with debate preparation despite the ticket’s support for policies that would undo his work against the same-sex marriage ban.

Ted Olson, who’s been litigating against Prop 8 on behalf of the American Foundation for Equal Rights, is set to play the role of Vice President Joseph Biden in debate practice against Republican vice presidential nominee Paul Ryan. Buzzfeed and Politico reported the news Saturday morning, which was confirmed to the Washington Blade by Brendan Buck, a Ryan spokesperson working on the Romney campaign.

“Joe Biden has been in elected office for more than 40 years,” Buck said. “There are few people in politics with more experience debating the issues than Joe Biden, so we are taking this process seriously. Mr. Olson is one of the most skilled, intelligent, and successful litigators in America– just the kind of opponent needed to prepare the congressman for Mr. Biden.”