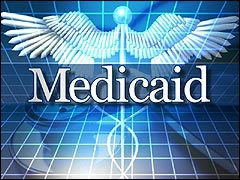 Gay married couples will now have the same eligibility opportunities for Medicaid coverage as straight couples in certain states following the Supreme Court decision against the Defense of Marriage Act, according to new guidance from the Obama administration obtained Friday by the Washington Blade. In two separate pieces of guidance dated Sept. 27, the Centers for Medicare & Medicaid outlines new policy bringing the agency in line with the ruling against DOMA. They’re published in time for enrollment into insurance exchanges and Medicaid expansion under the health care reform law starting on Tuesday.

“[A] state is permitted and encouraged, but not required, to recognize same-sex couples who are legally married under the law of the jurisdiction in which the marriage was celebrated as spouses for purposes of Medicaid and CHIP,” CMS Director of the Center for Medicaid & CHIP Services Cindy Mann writes. “States that do not recognize same-sex marriages are thus free to adopt a different marriage recognition policy for Medicaid and CHIP purposes.”