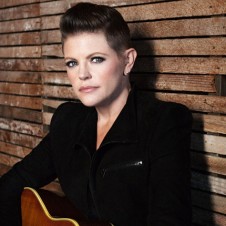 Natalie with her great short hair (Photo via Billboard.com)


Dixie Chicks front woman Natalie Maines has chopped off her golden locks, released a rock album and admitted she has a crush on Rachel Maddow. In a recent interview with Between The Lines News, Maines said she felt like she was playing dress up when she was with the Dixie Chicks which is why she kept her hair long. But now, with two kids and her busy schedule, short is what works.

Plus, it’s the style Rachel Maddow sports. “I love Rachel Maddow. She would be my lesbian girl crush,” Maines gushed. “She’s hot! And she’s smart and beautiful…and I like her hair.”