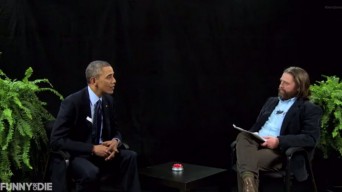 President Barack Obama drew criticism from Republicans this week after his appearance on “Between Two Ferns” with Zack Galifianakis.

While it appears that the President’s visit to the Funny or Die web series was a success — Obama managed to both demonstrate his flare for comedy while sending droves of viewers to the Healthcare.org website — those on the right seized the opportunity to pounce on the President, asserting that his appearance was undignified.

MSNBC host Rachel Maddow, however, debunked those critics in a segment on her show earlier this week.