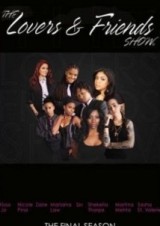 The Final Season of “The African American L Word on a budget.”
Medium

It’s been called “the African American L Word on a budget.”

The ever-popular lesbians of color series wraps up its fifth and final season with a bang as your favorite characters grapple with sex and love and friendships — and the usual wildly entertaining drama of lesbian life in Miami! Written and directed by Charmain Johnson and starring super hot Nicole Pina!

Since its debut in 2008, The Lovers & Friends Show, with its honest and often humorous depiction of urban lesbian life, has opened the eyes of people within and outside of the LGBT community.

“[Director Charmain] Johnson has undeniably fulfilled a craving in the lesbian community!” — AfterEllen.com

“We can’t wait for the next webisode!” — Curve Magazine