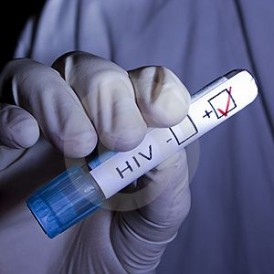 A study released by the Centers for Disease Control and Prevention (CDC) reports that a case has been identified in which a woman transmitted the HIV virus to her lesbian partner. According to Daily Mail, the CDC study notes no other cases that can be classified as female-to-female HIV transmission with as much certainty, citing that in most other cases ‘other risk factors almost always are present or cannot be ruled out’.

In this instance, the unnamed 46-year-old Texas woman exhibited no other HIV risk factors: getting tattoos, having multiple unprotected sexual partners, undergoing an organ transplant or engaging in IV drug use. Further, the woman hadn’t had sex with a man in more than 10 years.

“Transmission of HIV between women who have sex with women (WSW) has been reported rarely and is difficult to ascertain. The potential for HIV transmission by female-to-female sexual contact includes unprotected exposure to vaginal or other body fluids and to blood from menstruation, or to exposure to blood from trauma during rough sex. Other potential exposures associated with HIV transmission in WSW that must be ruled out include injection drug use (IDU), heterosexual sex, tattooing, acupuncture, piercing, use of shared sex toys between the partners and other persons, exposure to body fluids of others, and receipt of transplants or transfusion.”

The report also indicated that the newly infected woman’s HIV strain was a 98 percent genetic match with that of her partner, a 43-year-old woman who had stopped taking her antiretroviral medication in 2010. An individual who discontinues medication is more likely to pass on the virus as the viral load in their blood increases without medicinal treatment.

The CDC report identifies the couple’s “rough” sex as a potential risk factor in the case, stating “The couple reported routinely having unprotected (using no barrier precautions) oral and vaginal contact and using insertive sex toys that were shared between them but were not shared with any other persons. They described their sexual contact as at times rough to the point of inducing bleeding in either woman.”