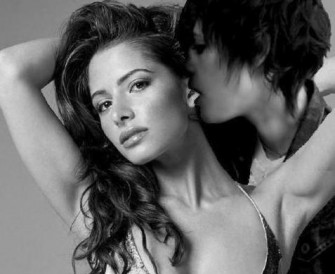 If you’re like me, your iPod is loaded with playlists for every occasion. From heart-pumping work-out tunes to upbeat party tracks to mellow make-out melodies, music provides the soundtrack for our lesbian lives.

Lesbian.com is here with our own “Lesbian Playlist” series to make sure your iPod is lesbian-approved and lesbian-certified. We’ve pulled together mini-playlist suggestions for every mood or situation and we’ll be sharing them with you over the next several weeks.

From those syrupy, sentimental songs that are just right for holding hands as you road-trip it for a weekend getaway to those let’s-get-this-party-started anthems,  we’ll share five of our favorites — and ask you to share yours, too.

We kick off the series with these bass-heavy, raspy-voiced tracks that set the mood during the can’t-get-enough-of-each-other-phase of a relationship. Welcome to our “Passion Playlist.”

Be sure to use the “Leave a Reply” section below to share your favorites with us!

Ferrick‘s most well-known tune — written on a dare and inspired by Janet Jackson’s music — has been turning women on and turning women out since it first appeared on her LP “Freedom” in 2000.

“Damn, I Wish I Was Your Lover” – Sophie B. Hawkins

You may want to make sure you have a fan nearby before watching this 1995 version with Melissa Etheridge on VH1’s “Duets.”

This lesbian anthem anchored Etheridge‘s self-titled debut LP and remains one of the most recognizable opening guitar riffs in lesbian music. This tune could arguably belong on a “Break-up Playlist,” too — just depends on your relationship perspective.

The title of k.d. lang‘s 1992 Grammy-winning song pretty much says it all, no?

Though not a lesbian, McLachlan inspired many a girl-on-girl make out session with her 1993 “Fumbling Towards Ecstasy” release which included this obsessed fan-inspired track.