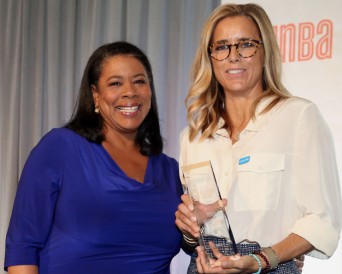 “Téa Leoni’s dedicated service on behalf of the world’s most vulnerable children is an inspiration,” said Richie. “Her extraordinary leadership and humanitarian efforts have made a real difference in the lives of children struggling to survive all around the world, and we are thrilled to honor her with the 2013 WNBA Inspiration Award.”