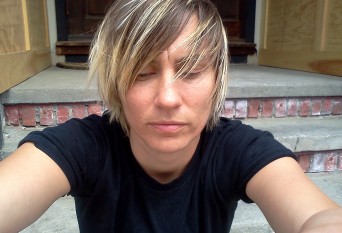 Oregon native, singer-songwriter and queercore icon Kaia Wilson has been at the forefront of queer music since the early ’90s. She wrote her first song at 9, “You Make Me Cry That Special Way,” followed by “Julie of the Wolves” at 10, confessing her love for a fictional character from a children’s novel, but it was her involvement in Team Dresch, followed by The Butchies that brought little lezzies to their knees. Creating “music for over 20 years, Wilson released her fifth solo record, Two Adult Women In Love.”

You’ve said that “Two Adult Women In Love” is your most mature album and that you’ve matured too. How so?

I wrote a lyric in one of those songs, which it says, “Who are the ones you marry when you decide to care for?” I think what I’ve matured in the most is my ability to care. The things that you really care about, you have a certain responsibility to them. You need to be giving. That’s what I’m thinking of, my ability to be more present and giving, and more receiving too.