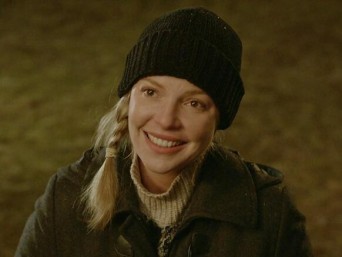 It’s rare that we see a film with lesbian characters in the theaters. The few times we do see a movie with a strong queer character on the big screen, we are moved because the opportunities to see that aspect of ourselves reflected on the big screen, an aspect that society had made taboo, are scarce. We feel empowered, or perhaps scared – maybe a sense of fulfillment and validation, or anger that a movie with a lesbian character making it into the theaters is still a big deal. And it is a big deal.

“Jenny’s Wedding” is a big deal, and not only does the film have a lesbian character, but lesbian leads. Katherine Heigl (“Gray’s Anatomy,” “Knocked Up”) is cast in the title role, and Alexis Bledel (“Gilmore Girls,” “The Sisterhood of the Traveling Pants”) portrays her lesbian fiancé. 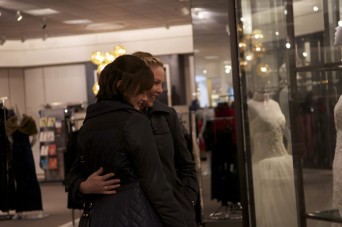 “Jenny’s Wedding” is our exposure. It’s not a campy film. Being gay is a theme in the film, but it’s not the entire story. It’s humanizing – of everyone. It humanizes Jenny, a conventional woman from a conventional small town who is also a lesbian. She doesn’t want to stand out. She just wants to marry the woman she loves, start a family in her hometown and just be another town member among her neighbors.

There are no villains in this film. “Jenny’s Wedding” humanizes Jenny’s family. When Jenny comes out to them, they’re thrown into this new world that they hadn’t any exposure to previously. They’re more conventional than conservative. They’re not change makers. They prefer not to stand out, and Jenny coming out in their small town makes them stand out.

They’re hurt that Jenny had kept a part of herself a secret from them for so long. They struggle, not only with trying to accept this change, but also with how Jenny coming out is making them look at themselves, evaluate themselves and change themselves.

When we go see “Jenny’s Wedding” in the theaters, it will move us. We’ll laugh. We’ll cry and we’ll be moved by seeing an aspect of ourselves portrayed on the big screen that at one point in our lives we had kept hidden, or perhaps that we still hide.

“Jenny’s Wedding” has a lot of Hollywood support, but it is an independent film. Mary Agnes Donoghue, the writer of “Beaches” and “White Oleander,” wrote, directed and produced “Jenny’s Wedding.” The film is loosely inspired by her niece coming out to her family. Michelle Manning, also the producer of the film, produced “Sixteen Candles” and “The Breakfast Club,” and worked with Paramount Pictures as senior vice president of production, and later as president of production. Gail Levin, again a producer, was the executive vice president of features casting at Paramount Pictures, and personally casted “Almost Famous,” “Jerry Maguire” and ‘What’s Eating Gilbert Grape.”

The film has been a passion project for everyone involved. Filming has wrapped and the project is now in post-production. It’s a low-budget film and the producers have launched an Indiegogo campaign to help fund the soundtrack, an integral element of any film.

The filmmakers are offering some very enticing campaign incentives: tickets to the Los Angeles and Cleveland screenings of the film; autographs from Katherine Heigl; the wedding dress from the film. Donations are tax-deductible thanks to their partnership with From the Heart Productions and a portion of each donation will be contributed to non-profit PFLAG Cleveland.

“Jenny’s Wedding” is a film that can change lives and through the Indiegogo campaign the community is being offered the opportunity to contribute to that change.

One Response to “‘Jenny’s Wedding’: A lesbian marriage goes mainstream”