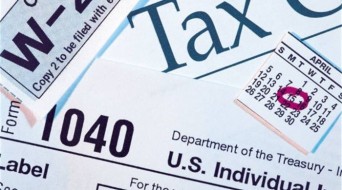 Love and marriage are in the air for thousands of same-sex couples in California, but as they consider whether to head to the altar, they need to be aware that their decision could have major financial impacts. The Supreme Court’s Prop 8 decision should mean immense simplification of tax filing for same-sex couples, Wiesenberg says — but also raises a multitude of questions that have yet to be addressed by the Internal Revenue Service.

n community property states like California, the IRS already recognized combined income, which created a favorable tax treatment – however, Federal recognition of marriage could subject couples to “marriage penalty” taxes, which can add thousands of dollars to tax bills each year. Accountant Elisha Wiesenberg of Wiesenberg & Company, an L.A.-based tax preparer that specializes in tax issues regarding same-sex couples. said the best advice for same-sex couples is, “Whether you’re thinking about getting married or maintaining your relationship status as it is, consult with a qualified tax adviser who understands the myriad financial issues same-sex couples face.”

One Response to “How will same-sex marriage rulings impact your taxes?”