I like the hard, crackling buzz of number crunching. Dealing with words is so icky, sticky, messy, and imprecise. Maybe it’s the Taurus in me that likes strong, finite measurements that I can apply to the ludicrous events of my life. Maybe I’m a closet math geek pretending to be a laid back creative writer.

I smoked all of these 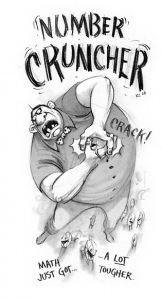 Instead of spending $60,000 on cigarettes in the last decade, guess what I’ve spent it on? Wait for it … women! Yes, wining them, dining them, coaxing them, traveling to them, funding the poor ones, and keeping up with the rich ones. Women, women, women: a thousand dinners, bobbles, gifts, airplane tickets, hotel rooms, motel cheapies, care packages, outright cash for rent, food, and god knows what. Women have cost me a few bucks. But what is money, really, when you are in a quest for love? Love. Sex. Both.

In the ridiculous existence I call my life, it occurred to me recently that I’d had sex with more than one person on my Facebook friends’ list, and this made me want to crunch more numbers. Let me check out my friends list and get back to you with an accurate count. BRB.

Four is an interesting number as it pops up in my life every so often. I was born in April, the 4th month, for example. In 2004 (four is in the name of the year!) I had four lovers. Four lovers in 2004. I almost had a bumper sticker made: 4 in 2004! That’s too many lovers for one year, and I have never matched the number since or before. The woman I slept with at the tail end of 2004, I wanted to save for 2005. I said to her, “Can’t we just date for two months? Do you want to be number four in 2004 or number one in 2005?” Oh yes, I said that. Oh yes, I was that obnoxious and full of myself. When I think about it, I, too, want to gag. And of course Woman Number Four said, “Oh, number one in 2005, number one in 2005!” but proceeded to give me a hard time, and by the end of November chided repeatedly, “What are we, children? Come, just come over here…” So, what was I to do? Four in 2004 it was. I think that’s one more woman than the New England Patriots have Superbowl wins.

I had two in 2005. One of the women from 2005 is on my Facebook. The other one I don’t speak with; that one broke my heart, used me, so I don’t “Friend” her on Facebook. Facebook is a great place to get romantic retribution, even if the object of your retribution does not know you are taking such actions. I wish Facebook had been invented earlier in my love life career.

I had zero lovers in 2006 (off year) and then two again in 2007, one of whom is on my Facebook. I loved her, and still do, and that’s why she’s has a place in my Facebook friends list. 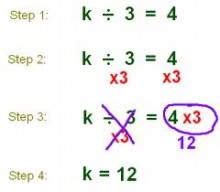 If we eliminate sex from the equation (this is getting rather algebraic, don’t you think) and solve for C, meaning how many people on my Facebook list I’ve had a Crush on, well, the percentage shoots up to 4.8 percent or 12 people. Think about that. I’ve had the hots for nearly 5 percent of my Facebook friends. And who knows how many more, should I ever meet them in person.

What about you, barring spouses and significant others, how many on your Facebook list have you slept with or at least had a crush on? Come on, I want hard numbers.