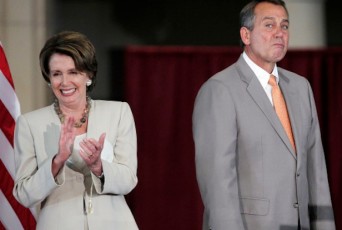 In the wake of the Supreme Court’s historic decision striking down a key portion of the so-called Defense of Marriage Act, House Republican leaders, who had led the unsuccessful defense of the discriminatory law, announced in a court filing today that they would cease defending other statutes that discriminate against married same-sex couples.