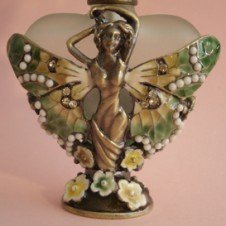 Jason Collins made big news when the NBA center became the first male figure in a major American team sport to publicly come out. There is much speculation about which player will be next to debut from the locker room. The NHL is poised to make an announcement as soon as an opportunity becomes available. In anticipation, I can see their drool freezing on the ice rink. Meanwhile, the media stands at the ready for the next gay-fueled feeding frenzy. If being a gay sports figure is so desirable, why are we still counting in single digits?

One aspect is that although participation by gays in sports has been acknowledged for years, many figures came out after their careers or medaling days were over–perceived as a safer move. This had the advantage of allowing the competitor to focus on his sport without risking unwanted negative publicity, loss of income and/or opportunity. Think of the splash made by Olympic medalist diver, Greg Louganis, when years after the games he announced his HIV positive status in addition to being gay. In 1988, he suffered an injury during an event. Had his status been known, and had he been allowed to compete, you can imagine the sort of ignorant and hurtful reactions from officials who might have included a demand to drain the pool! Later, he appeared at the Gay Games, but he lost his corporate sponsors. 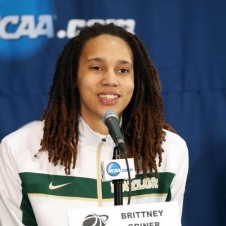 Another difference between past and present attitudes concerns the blending of what are considered less “manly” sports with art. Diving, ice skating and dance are inherently artistic, and thus blur the social ramifications of male gayness in sports, pushing it into the realm of creative endeavor along with other accepted art forms where homosexuals are embraced, such as theater. There is the perception that feminization associated with these artier pursuits would creep into rough contact sports and thus hurt the macho image of players. Will NFL players or their followers become any less macho because openly gay men are on their teams? Will straight players leave the sport? I think not. In truth, any player qualified to be in the NFL, NBA, or NHL is in top physical form, though the subject of machismo brings me to the next point.

This third aspect is quite an oddity, as this illustrates the rare instance in which lesbians have led the way. Brittney Griner’s coming out in basketball was less a revelation than another affirmation that lesbian women and sports go hand-in-hand, or hand-to-ball, if you will. In contact sports, it’s the straight women who have had to counter the perception they are gay by association. In the white-collared business world, the pattern has been one in which women have had to fight their way to the top, doing battle with men and their established paternalism that kept women at arms length away from the boardroom, as opposed to their bedrooms, where women were kept closer than arms length–another sort of conquest.

Whether you like it or not, it is the related old school male-centric idea that pairing women with women is much easier to rationalize (than two men), and indeed, enjoy, because as much progress as women have made, we are still thought of as sex objects. Lesbianism is a well-established part of macho male sexuality, and as an industry translates into multi-millions of dollars per year. The woman-on-woman interaction displayed in male erotica has little to do with real lesbian relationships and behavior, but fantasy sells.

Before Title IX, feminine (read: straight) women athletes were relegated to wearing cute little pleated skirts while cheerleading for the men’s team. Nowadays, they’re wearing cute little…hmm, maybe things haven’t progressed exponentially on the sidelines, except for the inclusion of male cheerleaders, who are assumed to be gay.

However, on the field and on the courts, women have made huge strides with early advances in tennis, basketball and track, followed by a strong showing in soccer. Aside from physical prowess, sexuality continues to draw viewers. By showing off their strength, dexterity and strategic moves, bikini-clad women on the sand volleyball court have earned the admiration of many new sports fans. Whether they are perceived as manly or feminine, acceptance of women in sports continues in a favorable direction, especially with Nike stepping in with an offer for Griner.

Perceptions of sexuality aside, lesbian athletes are focused on their sport/career and keep their sex lives out of the showers. Some male athletes, however, have vocalized concern that gay players will create discomfort. As someone versed in psychology, my first response is no one makes you feel anything–feelings generate from you. Own them and don’t blame others. The truth is gays have shared the shower room for years and the other players know it. Perhaps they think gays will become emboldened. At present, inappropriate or unwanted behavior in the locker room is not an issue for men or women, and I see no indicators for change.

So, why now? Now is the perfect time for gay men and women to pursue their careers and relationships to their fullest. The number of states with favorable laws regarding civil unions and same-sex marriage is growing. As a demographic, young people continually weight the scales toward inclusion. In recent eye-opening statements, several elder Republican statesmen have affirmed gay rights.

Gay or straight, men don’t want to be held back any more than women do, whether they choose to traverse the courts or sit behind a desk. And similarly, as women in sports should not feel compelled to defend their femininity, men should not have to defend their masculinity, nor be punished because they didn’t meet someone else’s ideal. All deserve equal privilege and its corresponding responsibility no matter their business, and sports are businesses. One day, a person’s sexuality will be a non-issue separate from their performance. For now, however, these announcements are necessary steps toward that freedom.

Zoe Amos brings her lesbian point of view to articles and stories on diverse topics. Connect with her on Facebook and Twitter. Read her stories on Kindle and Nook. Check out her other life at: www.janetfwilliams.com

4 Responses to “From A to Zoe: Courting Freedom”